Its long been said that the egg is the perfect food. Truth be told, up until two weeks ago, I began most days with a soft boiled egg. You can’t beat it for practicality. While I’m in the shower, my egg is cooking and all I need do is peel. A few shakes of white truffle salt and I’m set. 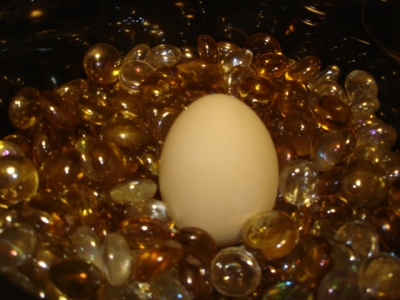 But then I got the bright idea of a vegan existence five days a week. It seems like a simple thing but it takes real thought to stay on the vegan wagon.

Hence my renewed relationship with soup. I had it several times last week.

Monday, it was broccoli…. 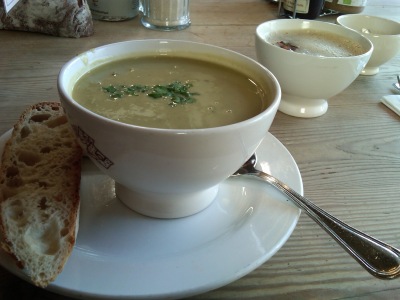 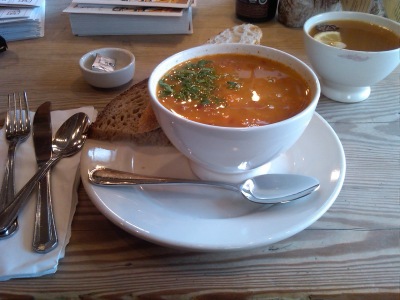 Thursday was amazing because I had butternut squash soup for lunch and upon arriving home at the end of a long day, I had a surprise.
My next door neighbor gave me a little pot of the best cook-whatever-is-left-in-the-fridge soup. It had spaghetti, veggies, peppers. It also had one perfectly formed, fabulously seasoned ground turkey meatball. So much for keeping it vegan, right.
But then again, my neighbor is french.

Be it vegan or not – quite – vegan, this has been a successful and satisfying week.